Nature technicolour is a figure series intended to show the children the vivid state of nature and all the living creatures on the planet.
In 2008, the KITAN CLUB Co., Ltd started to sell “nature technicolour” series and it ended up selling out above one million pieces covering more than 40 series.
In December 2014, the “nature technicolour” department was separated from the KITAN CLUB Co., Ltd and the new company named IKIMON was set up.
After the Great East Japan Earthquake, the brand of “nature technicolour” has committed to donate part of its sales for all series products as funds for reconstruction and support activity.
Furthermore, “nature technicolour” has also been involved in many other social activities, for example, part of the sales from the “ogasawara” series has been donated to protect the environment.
We hope that our products will function as a catalyst to inspire more people to realize the importance of the protection of all living creatures’ and their habitat. 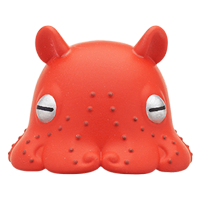